Please find the links below to all the Volumes of the original 30 Vol. Śrīmad-Bhāgavatam-Set
EXACTLY as it was published by Śrīla Prabhupāda, started in 1972. - - (Klick on Link to Download) 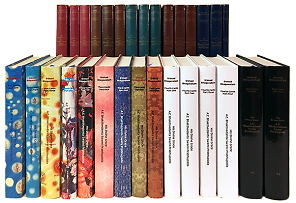 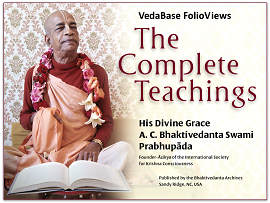 
This Website is offering the avove original 30 Vol. Set of Śrīmad-Bhāgavatam (PDF) that includes only the works that were personally translated and commented upon by His Divine Grace A.C. Bhaktivedanta Swami Prabhupāda. This set ends with Tenth Canto, 13th chapter, which describes the pastime of Lord Brahmā, the Lord of the Universe, stealing Kṛṣṇa’s cowherd boyfriends and calves from the pasturing grounds of Vṛndāvana. Śrīla Prabhupāda was softly dictating this famous story in his final days in his room in Vṛndavāna, India. After Śrīla Prabhupāda’s departure from this world, the rest of Tenth Canto, and also the 11th and 12th cantos, were translated by some of his disciples, and are available from other sources.

The BBT are determined to change Prabhupāda’s books. They have not heard the outcry from the devotees about their unauthorized changes to Bhagavad-gītā, Kṛṣṇa Book and Śrī Caitanya-caritāmṛta. They have not leaned from their mistakes, on the contrary according to one of the main BBT editors in recent years they have given us new, “improved”, revised editions of Śrīla Prabhupāda’s Nectar of Instruction, Beyond Birth and Death and Perfection of Yoga and now they also have a new version of Śrīmad-Bhāgavatam. We do not know if they have actually printed this new unauthorized edition of Śrīmad-Bhāgavatam but it is included in the 2012 release of the Folio Infobase.

You will find links to PDF files (above) that contain actual scans of original editions of Śrīla Prabhupāda’s Śrīmad-Bhāgavatam. Some covers are missing and they will be added when they are available, but otherwise you will find the complete book including all the original color plates. These files are about 100 megabytes each because they contain actual scans of the original book pages. So it is an exact electronic copy of the original volumes of Śrīla Prabhupāda’s Śrīmad-Bhāgavatam.

So please download these PDF files from this website so you have the original first-edition of Śrīla Prabhupāda’s Śrīmad-Bhāgavatam, at least in electronic format.

“This Bhāgavata Purāņa is as brilliant as the sun, and it has arisen just after the departure of Lord Kṛṣṇa to His own abode, accompanied by religion, knowledge, etc. Persons who have lost their vision due to the dense darkness of ignorance in the age of Kali shall get light from this Purāṇa.” Śrīmad-Bhāgavatam 1.3.43

“Completely rejecting all religious activities which are materially motivated, this Bhāgavata Purāṇa propounds the highest truth, which is understandable by those devotees who are pure in heart. The highest truth is reality distinguished from illusion for the welfare of all. Such truth uproots the threefold miseries. This beautiful Bhāgavatam, compiled by the great sage Śrī Vyāsadeva, is sufficient in itself for God realization. As soon as one attentively and submissively hears the message of Bhāgavatam, he becomes attached to the Supreme Lord.” Śrīmad-Bhāgavatam 1.1.2